How can the Hook Model be applied to mobile marketing campaigns

Ever since I came across Nir Eyal’s “Hook Model”, described in great detail in his book “HOOKED: How to Build Habit-Forming Products”, it’s become a bit of an obsession of mine.

Nir’s book aims to provide a repeatable model in which companies can create products people can’t put down. It recognizes a four-step pattern underlying how some technologies “hook” us and is, in my humble opinion, a must-read for any startup professional.

In this post, I’m covering how the Hook Model can be applied to mobile marketing campaigns to increase app engagement and user retention.

The four steps of the Hook Model are: trigger, action, variable reward and investment. According to Nir “through consecutive Hook cycles, successful products reach their ultimate goal of unprompted user engagement, bringing users back repeatedly, without depending on costly advertising or aggressive messaging”. 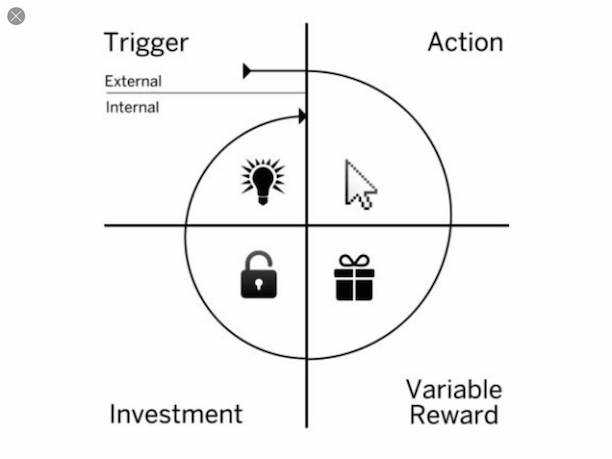 Trigger, the first step of the Hook Model, is by definition a mechanism that sets in motion a process. Triggers come in two types: external and internal. Habit-forming mobile marketing campaigns start with an external trigger that alerts users, AKA a push notification.

Here’s an example. Suppose Ana loves movies and goes to the theater regularly. She downloads the app for her favourite movie theater in town so she can stay on top of what movies are being shown and easily search for show times when she wants to see a movie. One Sunday afternoon, she receives a push notification from the theater for a special screening of a popular new movie, one day before release. Intrigued, Ana taps to find out more.

Overtime, by cycling through successful hooks/taps, Ana starts to form associations with internal triggers; her own emotions and behaviors. She feels loyal and connected to the theater and is much more likely to engage with the app on her own time.

Here’s where it gets interesting. These external triggers (push notifications) used to trigger an action could also leverage geo-location technologies like iBeacons & geofences to push at the right place at the right time. For example, using geofences, the movie theater could automatically trigger the push notification with a special screening offer only to users nearby.

The next step in Nir’s model. Once Ana taps the push notification from the movie theater, she’s taken to a page that leverages usability design to drive user actions. In this step, ease of performing an action and psychological motivation to do so are the most important elements to be considered.

And here’s where this step gets interesting with mobile marketing- Not only can a tap send the user to a webpage but it can also open a map, load the camera, prompt a phone call or a SMS or just about anything your phone is capable of doing. The possibilities are endless and they all support what comes next. 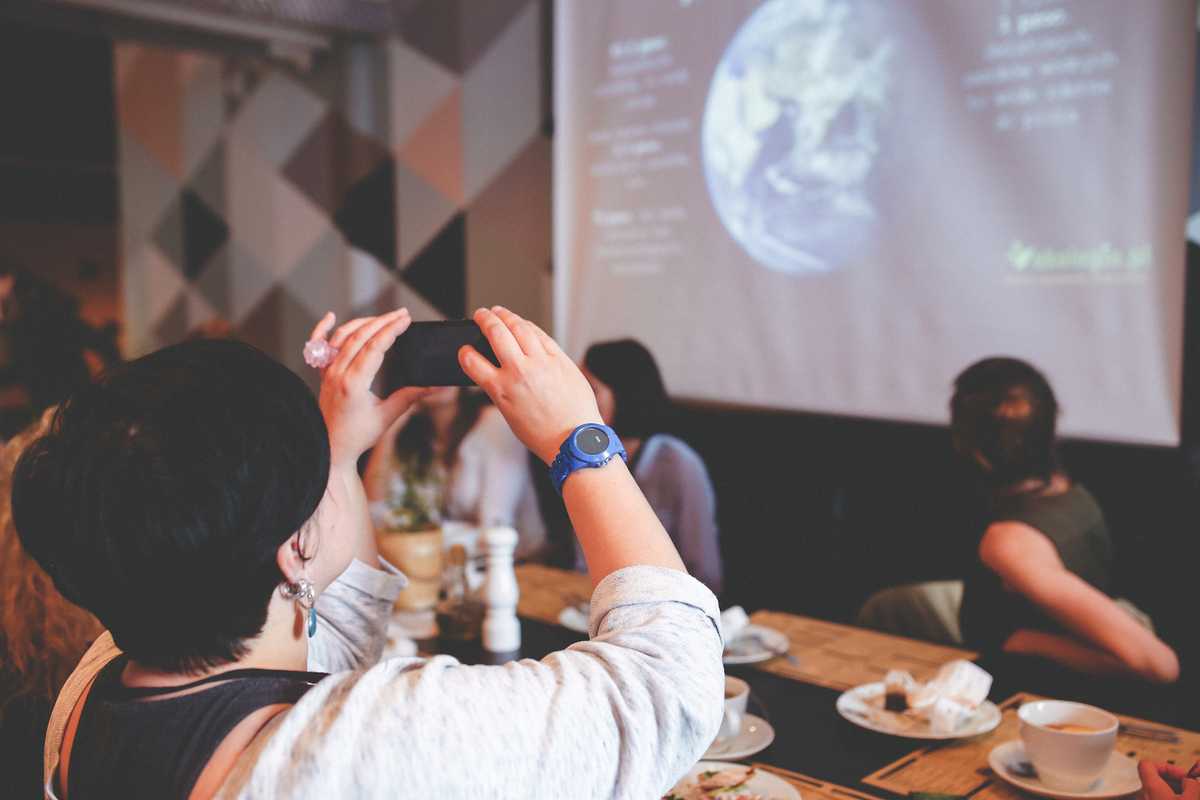 This step is what differentiates the Hook model from any other feedback loop around us. It does so by creating a crave. For example, every time you turn your TV on, you see a blue light blink but it doesn’t drive you to keep turning the TV on and off. If, say a brand new random TV channel was added to your list of available channels every time you turned the TV on, before you know, you might find yourself turning your TV on and off repeatedly. You’re intrigued. That’s the power of variable reward.

In Ana’s example, once she taps on the push notification by the movie theater, not only she sees more details on the special screening she has just been invited to but also other related information like which one of her Facebook friends has checked-in location at the theater recently and an option to see what other upcoming special screenings she could enter to win. Before she knows it, she’s been browsing the app for 15 minutes.

If you guessed this is the step where users open up their wallets and make a financial investment in your product or service, you guessed it wrong. The investment phase is all about an action that improves user experience the next go-around. Remember? The whole idea of Nir’s model is to create consecutive “Hook” cycles.

When users invest time, data and social capital into an app, they provide information that can be leveraged to improve future user experience. For example, when Ana taps the notification about a special screening (or with any other action she takes inside the theater’s app), she’s giving away data about her preferences which can be used to make the trigger more engaging, the action easier and the variable reward more thrilling. Investments encourage users to cycle through hooks. The more cycles through the Hook Model the more “hooked” users become. That’s how you build habit-forming mobile marketing campaigns.

With so many new technologies changing what’s possible in mobile marketing, simply having an app is not enough. In order to engage and retain users, companies need to be pushing intelligently, learning from every user interaction and applying that knowledge to create highly tailored user experiences. Competition is tougher than ever and those who fail to develop accurate user segmentation that wins mobile moments might face the risk of falling behind.